When opening a second application unit – e.g. when generating the line combinations shown in Fig. 1 – it requires double the material volume. This however doesn’t happen when using a pressure container as has been shown by the measuring results of a simple test (see fig.1 and 2).

With test n° 2 (fig. 2) there is a material volume of 10.7 kg/min available for the single line with a container pressure of 3 bar. The double material volume of 21.4 kg/min is necessary in the area of the double line (column 4). The actual result, however, was a volume of only 15.9 kg/min (column 2), which represents 25 % less than necessary.

With a higher flow rate, the resistance in the line system rises up to the intersection V (fig.1), which could only be compensated by increasing the air pressure.

As one can see from the few measuring values, the required double volume would only be reached when the container pressure is 1 bar higher, that is at 4 bar.

When opening the spray header for the second line, the container air pressure would have to be increased by 1 bar within milliseconds and when closing it again, it would have to be lowered by 1 bar just as quickly. That this is not possible needs no further explanation. 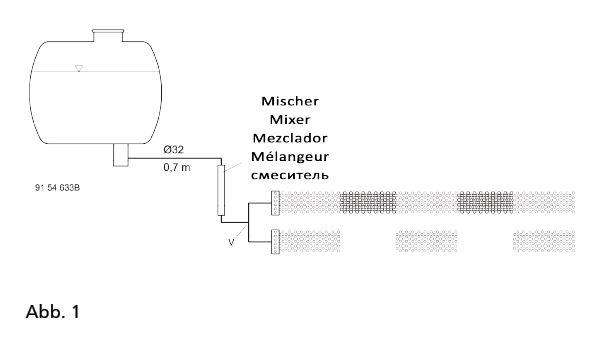 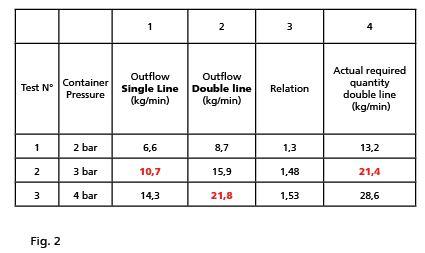 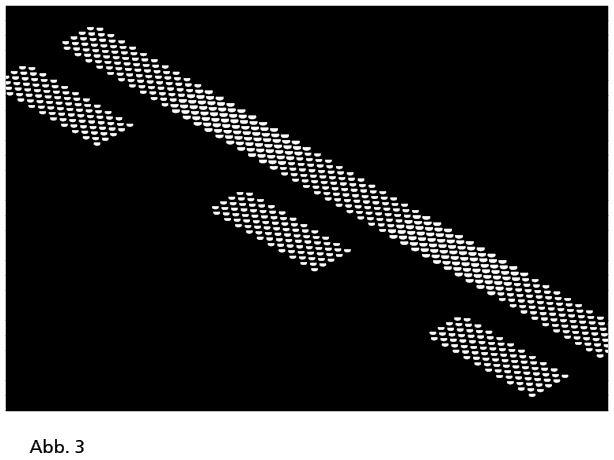 Systems with HOFMANN metering pumps behave differently on principle. A pump is not simply a substitute for a pressure container because:

The cause-effect correlation between pressure container and metering pump is fundamentally different:

We at HOFMANN know exactly which application methods and marking machines are suitable for your next marking project. Send us a consulting request and benefit from our more than 60 years of experience in the field of road marking.

Send us an inquiry today so that we can contact you as soon as possible!

Send us your inquiry now